Linux Phrasebook is all about the Linux command line, and it’s perfect for both Linux newbies and experienced users. In fact, when I was asked to write the book, I responded, “Write it? I can’t wait to buy it!”

The idea behind Linux Phrasebook is to give practical examples of Linux commands and their myriad options, with examples for everything. Too often a Linux user will look up a command in order to discover how it works, and while the command and its many options will be detailed, something vitally important will be left out: examples. That’s where Linux Phrasebook comes in. I cover a huge number of different commands and their options, and for every single one, I give an example of usage and results that makes it clear how to use it.

Here’s the table of contents; in parentheses I’ve included some (just some) of the commands I cover in each chapter:

I’m really proud of the whole book, but the chapter on the super-powerful and useful find command is a standout, along with the material on ssh and its descendants sftp and scp. But really, the whole book is great, and I’ll definitely be keeping a copy on my desk as a reference. If you want to know more about the Linux command line and how to use it, then I know you’ll enjoy and learn from Linux Phrasebook.

When it was time to write the 2nd edition (2015) of Linux Phrasebook, I took several sections—and even an entire chapter—out of what had been in the 1st edition. I made a deal with my editor, however, that I could put those sections on my website so that readers could still access them if they wanted. You can find that excised material at Redactions from the 2nd Edition of Linux Phrasebook. 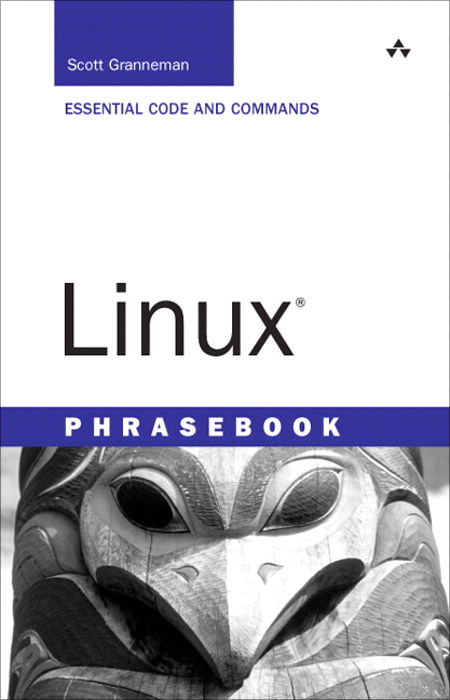